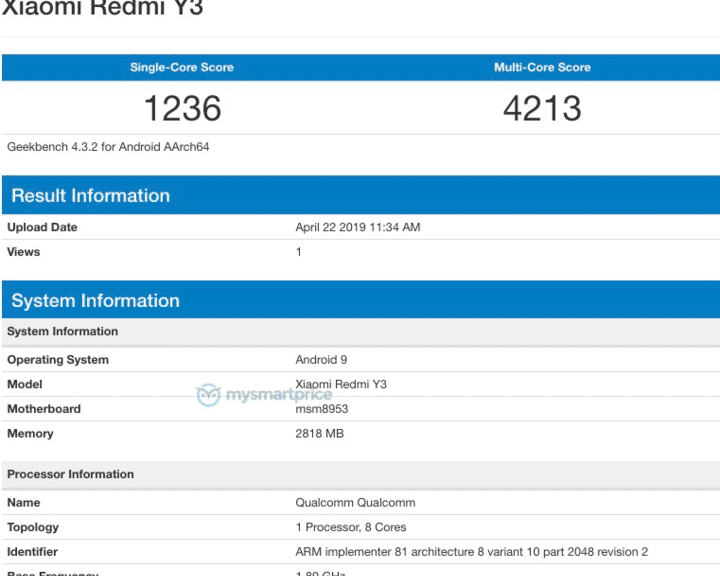 This April 24 is scheduled in India a new event which will present the one that we have not stopped talking during the last two weeks Redmi Y3 or also known in the Asian country as Redmi S3 . A new mobile device that has finally been discovered to be low-end.

Apparently, as reported from the source located at the end of this article, the rumored Redmi Y3 has finally appeared on the benchmark platform, GeekBench , riding the low-end processor Snapdragon 625 .

Specifically, as we can see in the following screenshot, the new Redmi Y3 obtains a score of 1236 points to a core and 4213 in multicore, yielding a very similar performance, including the same processor, as the Redmi 7 . 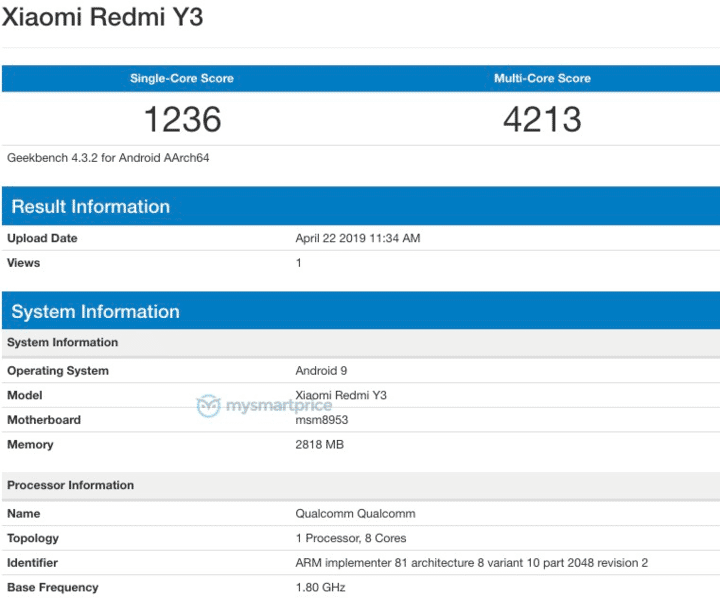 In addition to this, this new device will integrate in its base version 3GB of RAM , 4,000mAh battery capacity and an incredible 32 megapixel selfie camera .

Undoubtedly, a new piece of news that makes it clear that this Redmi Y3 , also known as Redmi S3, will be aimed at younger audiences , where most of them use the smartphone to social networks and to use the front camera. take selfie All this, maintaining a great battery autonomy.