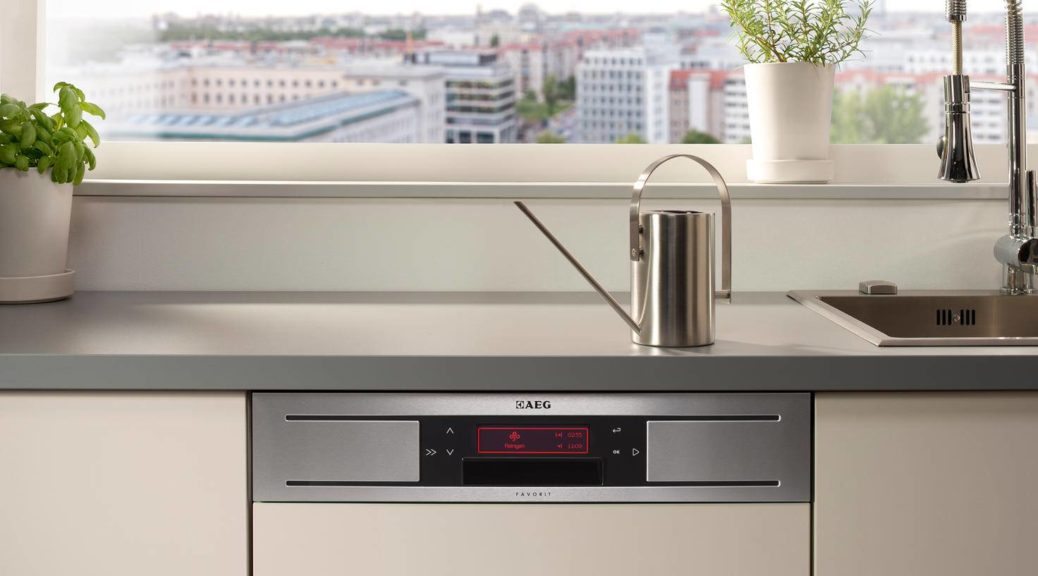 The AquaStop at the washing machine or the dishwasher is something like a little life insurance for the floor. The safety mechanism includes a check valve that locks the water supply in the event of a leak. Here you can find out how an AquaStop works and how to retrofit the security system.

An AquaStop is a shut-off valve that is integrated into the hose coupling – ie into the end piece of the hose – and then sits directly under the tap. It can usually be recognized as a small box on the water hose of a washing machine or a dishwasher.

Should a hose burst, the AquaStop ensures that no further water escapes, thus preventing expensive water damage. In many washing machines and dishwashers such or similar safety mechanisms are installed as standard. If you own a device without waterstop, you can retrofit it cheaply with little effort.

Function of the mechanical AquaStop

There are different variants of water stops. Basically, a distinction is made between mechanical and electronic models. The mechanical AquaStop is pressurized during normal use. If the hose bursts, a spring records the abrupt drop in pressure and closes the system. However, this hose location fuse usually detects no minor damage, but only a completely cracked hose. Other check valves operate via a counter that detects the amount of water. If the usual amount is exceeded, it stops the flow of water. This normal value can be set individually.

Safety net for the washing machine: AquaStop with double-jacket hose

Double-jacket hose systems are particularly safe because the AquaStop detects even small cracks in the hose and closes the valve. Instead of just one hose, two hoses run together. In the inner tube while the water flows, while the outer tube is filled with a swelling agent. If the inner tube tears, water enters the swelling agent, which then suddenly expands, activating the locking mechanism. Often, this type of AquaStop works with a solenoid valve that closes the water supply when needed.

In modern appliances, the water stop is often already available.

In the so-called waterproof system, the safety mechanism is supplemented by a double hose and a double solenoid valve. The latter ensures that the water supply is tightly closed even if a valve is defective. Some devices even have sensors that measure the humidity on the ground and sound an alarm whenever water leaks out. The machine is then often shut down immediately. With the reset button or the normal on / off switch, you can restart the device in case of a false alarm.

If your machine is missing a water stop or the valve is defective, you can often connect a (new) AquaStop yourself. However, it should be noted that not every safety mechanism can be mounted on any washing machine or dishwasher. Therefore, inform yourself beforehand which devices your device may already have and then ask your local dealer for a compatible water stop.

As a rule, complex security systems can not be retrofitted so easily, but an AquaStop in the form of a hose location protection can usually be retrofitted without further ado. But remember: If it comes to a water damage due to a wrong installation, your insurance usually does not cover the costs. If you want to be on the safe side, you can order the AquaStop from a specialist. Then you get a guarantee and the insurance will probably help in case of damage.

Connecting AquaStop: That's how it works

Those who equip their washing machine with AquaStop play it safe when it comes to hose defects.

The type of installation varies depending on the machine or AquaStop. There is no general guide to connecting a water stop to a washing machine or dishwasher. For most of the devices, however, the connections are on the back. Before you put hand and pipe wrench here, you must disconnect the device from the power and close the water inlet. If the AquaStop is replaced, it may be that a cable leads to the device during the old water stop. If this is the case, you should remove the cable.

Then unscrew the previously existing hose from both the machine and the water connection using a pipe wrench. Now the new hose with AquaStop is used, which is mounted on the machine and faucet accordingly. Once the union nuts are tightened, you can turn the water back on. Is everything dry? Then everything is probably tight. Otherwise, you should check the nuts again.

It gets a bit more complicated when the water stop is inside the unit. Then you have to carefully remove the back wall to get to the end of the hose.

For some dishwashers and washing machines repair kits are offered in case of a defective AquaStops. With these, however, only the AquaStop can be repaired directly on the tap. If there is an appropriate spare part for your model, you can get in touch with the manufacturer of your device. Also hose parts, with which you can extend the AquaStop, offer different manufacturers. Here, however, should be paid very carefully to the compatibility of the extension, so that the warranty does not expire.