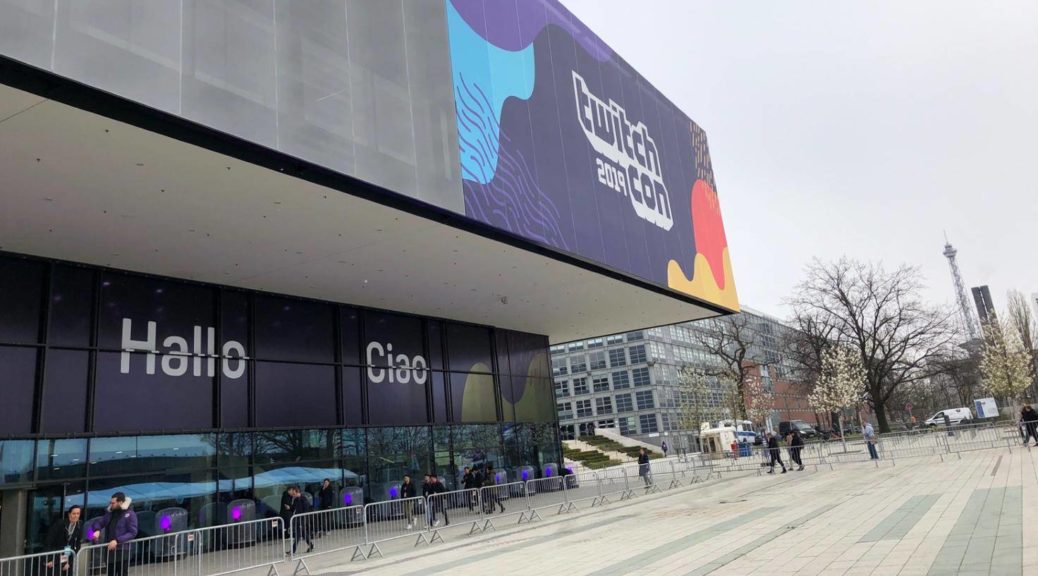 TwitchCon first took place in Europe in 2019 – and then in Berlin. Streamer, fans and the gaming industry meet at the video portal convention. I was there and wanted to find out what the participants hope for from the event.

For a start, TwitchCon Europe looks like a more relaxed version of the traditionally crowded Gamescom. But at second glance, it quickly becomes clear that this is about something else: streaming platforms like Twitch have created a sector that has a significant impact on how gaming is developing. The TwitchCon Europe is therefore an industry meeting, where not the games in the foreground, but their players.

The twitch partners, streamer verified by the platform, are the stars of the scene. Thousands of fans regularly watch them interact, interact with them, and fund them through donations. This works great for many streamer, they can live well from this symbiotic relationship. Of course, successful streamers have strong influence on the perception of the games because of their close contact with the community. Especially for game developers, they are therefore enormously important influencers – in the literal sense.

Games are being developed today with a view to live streaming

Daniel Helbig is such a developer and has deliberately booked a stand at TwitchCon Europe with his small studio Megagon Industries. "Here we present our game 'Lonely Mountains: Downhill', because there are so many streamers here and I think our game works very well, it's very hard, it's very skill-based, lots of emotions, lots of crashes are the people who enjoy it. "

The success of current games is not without reason already measured by how high the current viewer numbers are on Twitch. Every twitch partner who plays "Lonely Mountains Downhill" live with his community is therefore worth money for the developers. That's why making games is now heavily influenced by platforms like Twitch.

"You used to have a product that was played alone or in a group and is a self-contained experience," explains Helbig. "By now, a big part of that is that a lot of people are watching, which means that the game has to work for them as well, and that's also part of the design." Twitch now also includes twitch extensions that allow viewers to interact with the game That's already changing a lot. "

Developers and hardware manufacturers are seeking contact with streamers

In order to get streamer to show their games to a wider audience, developers are sometimes creative ways. In the lounge area of the Twitch partners, I noticed a man with a large grocery bag over his shoulder, addressing specific streamer. To contact him, he pulled pairs of colorful socks out of the bag and gave them away, in the connecting conversation he then pulled out his business card. Not only his contact details but also a download code for the current game of his studio: "Warhammer: Vermintide 2", a popular hack-and-slash in first-person view.

Just like game developers, hardware makers vie for the favor of twitch streamer. Not only the latest gaming peripherals will be presented at the stands of TwitchCon Europe, but also partners for sponsoring will be searched for. Of course, the decisive currency is the number of respective followers of a streamer. If you look at the profile pages on Twitch, you will quickly notice that medium-sized streamers also have several hardware sponsors, and the market is dynamic and growing.

Streaming is growing and growing

Of course, Twitch is not just about gaming. Even topics like "Just Chatting", "Music & Performing Arts" or "Talk Shows & Podcasts" have a high audience. But most of all, the changes in the gaming industry through live streaming are striking at TwitchCon Europe. At lectures and panels at the show, new streamers get instructions on how to expand their channels, and cross-linking strengthens the entire platform – something is growing here with gigantic influence and millions of users.

TwitchCon Europe 2019: In the morning, it's still quiet at the CityCube in Berlin.

Against the growing importance of Twitch in the gaming sector, top dog Youtube wants to aggressively defend itself. Just recently, the Google subsidiary announced major new features designed to make its video platform more attractive to streamers using the Google Stadia cloud gaming service . So the future of live streaming is closely related to that of video games.

Twitch & Co .: For many an incomprehensible parallel world – yet?

For many other people, the "parallel world" live streaming, however, is not at all palpable: The Berlin taxi driver, who drove us from TwitchCon to the station, I could hardly explain the event. "People donate money to them to watch video games and they can live on it – unbelievable." But who knows: Maybe game-streaming will soon reach completely different target groups with increasing growth.