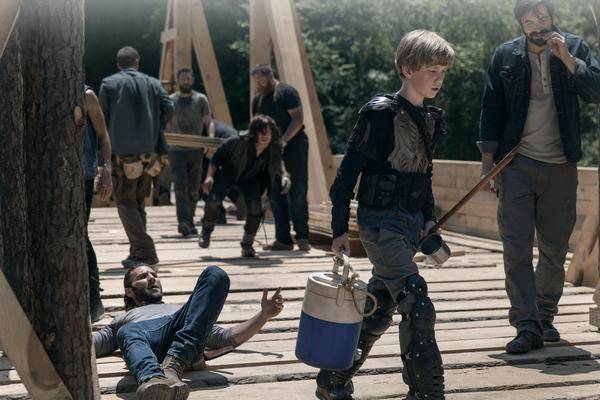 To describe the development of the "Gambit" film as bumpy, unfortunately, is greatly understated. The solo film from the "X-Men" universe has already lost the director three times and has not yet found a replacement. A "The Walking Dead" star would be willing to jump in – but as the main actor.

Rhys Coiro, who starred in season 9 of the Zombie series, thinks he has what it takes to portray the thieving mutant, as he said in an interview with Totally Driven Radio (via Comicbook ).

Former Savior as Mutant from the "X-Men" Universe?

"I think I would be a good gambit," said the US actor. "If I could make a movie in the 'X-Men' universe, I would choose 'Gambit', that would be my type." In any case Coiro would bring enough experience, even though he found his niche especially in TV series. In addition to "The Walking Dead" he could shine with recurring appearances in "24: Twenty Four" , "Ray Donovan" and most recently in "Paradise City". In TWD, he starred in four episodes of Jed, a Savior who became a raider and ultimately had to kill Carol.

The future of the "Gambit" film remains uncertain

The offer to play gambit is nice though. However, despite all the developmental difficulties, Channing Tatum insists on charging the mutant with the ability to charge objects – primarily playing cards – with kinetic energy. And if necessary, to take over the direction . The theatrical release of the "X-Men" movie has since been postponed to March 13, 2020. Since apparently not even the shooting started, this date is currently unlikely.