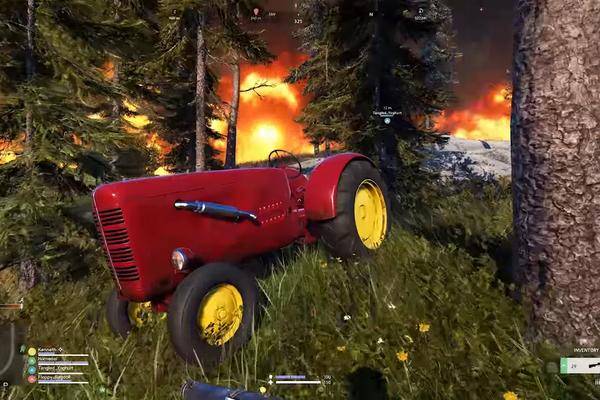 Finally, there are real gameplay impressions of "Firestorm", the upcoming Battle Royale mode of "Battlefield 5". A video shows the special features of the new interpretation of the mode. But many fans are obviously looking forward to a very specific vehicle …

A rolling fire wall, destructible buildings, underground bunkers with tanks in them, helicopters, vehicle drops on parachutes – all well and good, what gives us "Battlefield 5" in the "Firestorm" mode, but the clear star of the new gameplay video is a little red tractor.

In the YouTube comments, the cuddly Ackermaschine frenetically celebrated and developer DICE also makes every effort to put the vehicle properly in scene: It roars with coupled artillery gun from a barn, causing chaos among enemy troops and sneaking around again more or less inconspicuous in the picture. Seems like the Battle Royale mode of Battlefield 5 has found its official mascot.

"Firestorm" release in a few days

How good the tractor is to actually survive a round of "firestorm" to the end, but still has to show. With a total of 17 vehicles on land, sea and in the air, the competition is strong at least – small, red and cute may not be enough there.

In this regard, we are already smarter in a few days: On March 25, "Firestorm" will be released as a free update for all players of "Battlefield 5" on PC, PS4 and Xbox One.