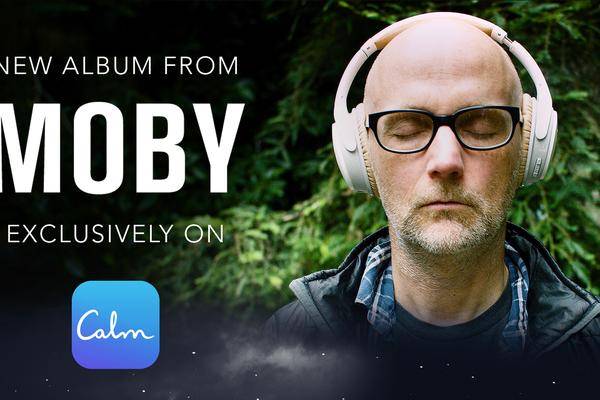 You kind of messed up the release of Moby's new album? Never mind, because that was the purpose of the case – well, somehow. The musician's new tracks were released just in time for World Sleep Day on March 15 – exclusively in the meditation app Calm.

Moby's new album is called "Long Ambients 2" and is the sequel to "Long Ambients 1: Calm. Sleep.", A collection of minimalist music that Moby has purposefully composed as a sleep aid. Now there are six new tracks with a running time of 37 minutes, which should relax the audience even more. You can hear it but only via the Calm app.

"I originally did these songs for myself because I could not find that kind of music anywhere," the electro artist said, according to Calm . "'Long Ambients 2' was created to help me fall asleep and help other people find peace and possibly a better night's sleep, sharing it with other people who have sleep problems, struggle with fears or have a hard time to calm down. "

It's not the first time that the Calm app has caused a stir with exclusive content. In 2016, the meditation app transformed entire episodes of the iconic TV show "The Joy of Painting" with US artist Bob Ross into so-called "Sleep Stories" . A few months later, the users of the app could then read a bedtime story by actor Matthew McConaughey . And now there is also the personal sleep music of Moby … If that does not make for sweet dreams, then what?

The app "Calm: Meditation and Sleep" is available for both iOS and Android .