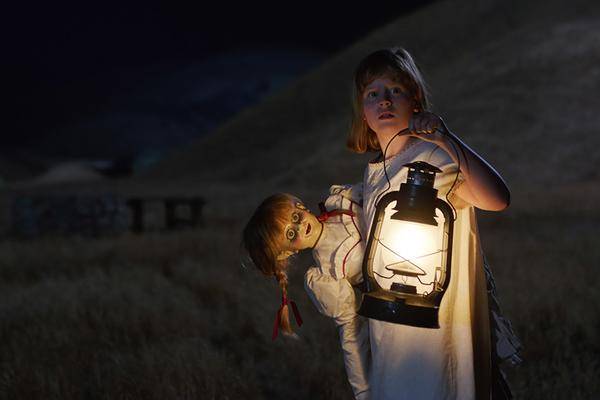 The "Conjuring" universe continues to grow. With "Annabelle 3", the eponymous horror doll is due to return to cinemas in June 2019 – and now we finally know what the sequel will be called. So much beforehand betrayed: The official title is really damn good.

A tweet on the official Twitter page of the film was the bombshell: After Annabelle (2014) and Annabelle 2: Creation (2017) fans this year "Annabelle Comes Home".

Annabelle returns to her "family"

This title may seem unspectacular at first. In terms of the "Conjuring" timeline and the setting of the upcoming sequel, however, it fits like a poke on the eye. Finally, just a few months ago, it was revealed that the plot of Part 3 of the Puppet Spin-off is located after the beginning of the "Conjuring" series. The damned doll Annabelle will be in the artifact room of Warrens.

After two prequels illuminating Annabelle's gruesome past in 1967 ("Annabelle") and 1950 ("Annabelle 2"), she finally returns to the family that started it all – "home".

This also means that the "Conjuring" actor Vera Farmiga and Patrick Wilson will return for the first time in a spin-off of the cinema series in their roles as Lorraine and Ed Warren . According to initial reports, however, it will be the daughter of Judy Warren, who is the main target of Annabelle.

"Annabelle 3" aka "Annabelle Comes Home" will hit the US cinemas on June 28, 2019. When the horror doll will cause fear and terror again with us, is still unclear.