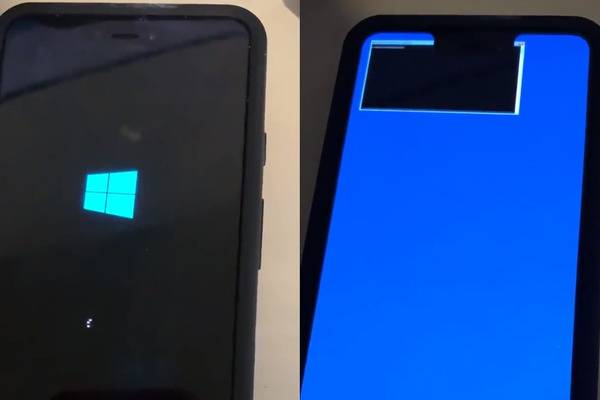 A developer has installed the full Windows 10 on a Google Pixel 3 XL. It is Windows 10 for ARM, which is intended for stronger mobile chips. The operating system boots even.

Windows 10 has found a new home on the Google Pixel 3 XL. The developer @NTAuthority demonstrated the boot of the operating system Windows 10 for ARM on the Android smartphone in a video on Twitter. Previously, the Twitter user @imbushuo had already installed the operating system on the Nintendo Switch and on Microsoft Lumia smartphones, as Winfuture writes.

There are still missing the right drivers

The software boots on the Pixel 3 XL but only up to the console window. Commands can not be entered there yet. For Windows 10 to run properly on the phone, so the boot process can be completed and the Windows desktop can be displayed, first adapted to the smartphone drivers must be developed.

Windows 10 for Android phones is not for end users

The driver porting is very complex and whether the developers will still strive for it is open. So maybe Windows 10 will not run with all the features on a Pixel 3 XL. At the moment there is no support for the "notch" of the smartphone, the recess in the display for the selfie camera.

That notch now hides part of the console window. The hobbyists are not superficially interested in a practical Windows, they rather want to show that the software can basically be made to run on an Android smartphone – and they have succeeded.