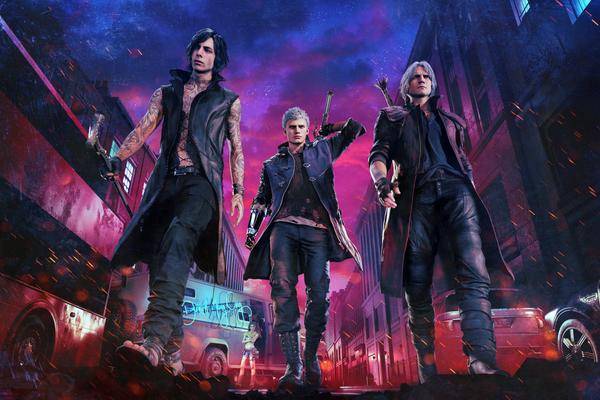 Friday is finally here and "Devil May Cry 5" officially appears in the trade. Since a lot has happened in the previous parts, Capcom has kindly summed up the events for newcomers and players with knowledge gaps in a trailer.

While you were still alone with Dante in "Devil May Cry", the cast in "Devil May Cry 5" has now grown to three characters and a whole host of supporting characters. Since it is not so easy to keep track. If you've forgotten what was going on in the previous parts of the series, it may be worthwhile revisiting Capcom's story trailer.

Also with (half) demons it comes to family dramas

The story of "Devil May Cry" could also have come from a TV drama: The mother of two brothers – both half human, half demon – is murdered by a demon named Mundus. Then the ways of their sons part. Dante, the hero of the game, swears revenge while his brother Vergil seeks only power. Dante decides to become a demon hunter and a fight against his brother, who has taken the wrong path, is inevitable.

His appointment as a demon hunter leads Dante finally to Mundus, whom he promoted back to hell. In the fight against the Order of the Sword Dante then meets the young Nero, who is manipulated by the organization. After fighting against each other, they realize that they are connecting the demonic blood in their veins and are fighting the Order together.

Together with V against the new threat

As already seen in the previous trailers for "Devil May Cry 5", a previously unknown person robs Nero's demonic arm and a powerful demon again threatens the future of humanity. This time, Dante and Nero are still supported by the mysterious character V.

How it got into the fight between humans and demons and how the story ends up, we learn on 8 March. Then "Devil May Cry 5" appears for PS4, Xbox One and PC.