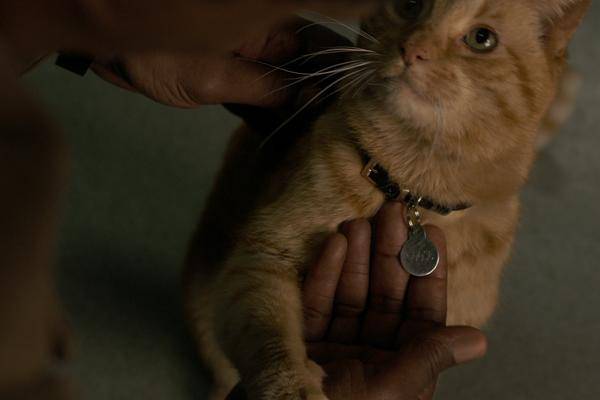 Already in the first "Captain Marvel" trailer it quickly became clear: The secret star is actually Carol Danvers' cat Goose. On velvet paws, the fluffy Sidekick sneaked into the hearts of the audience in no time. One, however, had her difficulties with the four-legged friends.

For "Captain Marvel" actress Brie Larson would certainly have preferred a different sidekick. Why? Because she is extremely allergic to cat hair. This fact made filming a real challenge.

As already hinted at the first trailer and clips, Carol Danvers, Nick Fury and Goose do not have very little screentime. "It became a running gag, because the crew saw me do the craziest stunts all day," Brie Larson recalled in the Entertainment Weekly interview. "But then the cat came on set and I just thought 'we need a plan!'"

So a plan had to come, as director Anna Boden reported. One had turned with three Goose versions: One was computer-animated, one was a very realistic doll, so that Brie Larson could hold the animal in the hand without allergic reactions, and the real cat, which is actually called Reggie.

Although it is always said that cats are difficult to train – unlike dogs – Anna Boden was very enthusiastic about the four-legged friend: "Reggie was much steeper than some actors we worked with," says Boden. If Reggie was ever too tired or wanted a special trick, one of three back-up cats jumped in.

One who was also very excited about working with the cats is Samuel L. Jackson. "You give them a snack, you talk to them in a relatively quiet tone, and you give them a snack after that, and the next time they see you, they think, 'Oh, that's the guy with the snacks!'" Whereupon Brie Larson added, "I mean, that's how I work!"

More from Goose can be seen from 7th March, when "Captain Marvel" starts in German cinemas in their first solo adventure.