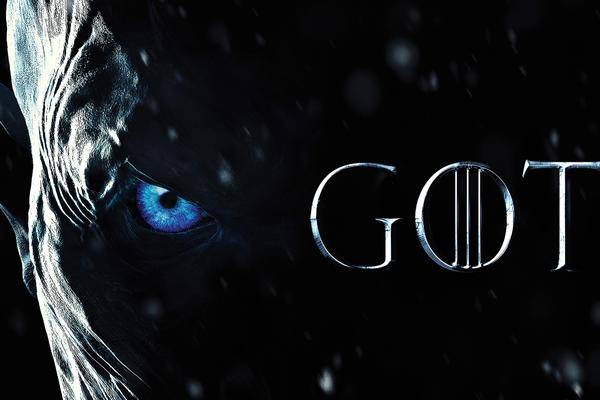 No question: without the right soundtrack, "Game of Thrones" would be far less emotional and captivating! Everyone knows the title tune – even many who have never seen the hit series before. But who is behind the epic sounds? You can read this and many other interesting facts about "Game of Thrones" music here.

Who wrote the Game of Thrones soundtrack?

Responsible for the music of "Game of Thrones" is the composer Ramin Djawadi. Although he has already written many soundtracks (including "Iron Man", "Prison Break" and "Westworld"), the native Duisburger has probably achieved his most famous work with "Game of Thrones".

In a special about the genesis of the music to the series, he explained how he approaches each piece of music. He prefers to go to the set, watch the actors filming and let the whole action take their toll. Later, he looks at the corresponding scenes completely without sound – and in his head, certain combinations begin to be composed of individual tones.

It is important to Ramin Djawadi to surprise the "Game of Thrones" fans with something new each season. He used the piano for the first time in Season 6 – as a surprising new timbre. Before each new season, the composer thinks about which instrument he has not yet used and then tries to accommodate it in his acoustic creations.

The emergence of the "Game of Thrones" title tune

The "Game of Thrones" theme has an incredibly high recognition value. This is mainly due to the cello, which is the central instrument in the piece. In an interview with BR-Klassik , Ramin Djawadi said in 2016: "I chose the cello because 'Game of Thrones' is, by and large, a very dark and dark story, so I found that the cello was very fitting The cello can be very dark, but also very bright. With this instrument, I have enough scope to set off very different sound ranges. "

How long the composer has needed to write the subject, he can no longer say. It came together with the music for the first season, where he worked for about three to four months. "That's about the time I have for each season."

The fact that Ramin Djawadi was allowed to accept the "Game of Thrones" soundtrack was partly a stroke of good fortune. Originally the Oscar-winning composer Stephen Warbeck ("Shakespeare in Love") was intended for this purpose. However, he got out after the pilot episode. Then Djawadi was proposed, which also expressed interest. However, he refused because of too little time but first thankfully.

But David Benioff and DB Weiss, the showrunners of "Game of Thrones", did not give up and sent Djawadi the first two episodes of the series. The composer was so impressed that he met them and talked about the way forward.

Now, at the start of Season 8, Benioff, Weiss and Djawadi are a well-rehearsed team. Towards the end of the filming, the composer receives the first episodes and goes straight to work. He also looks at the episodes together with the two showrunners and discusses when to listen to music and when not. "What I love about 'Game of Thrones' is that the positioning of the music is so well done and it's well-fed," Ramin Djawadi said in an interview in 2016 with The Huffington Post .

Music is coming: "Game of Thrones" on tour

The music from "Game of Thrones" is so popular that they even went on a world tour. Between February 10, 2017 and October 14, 2018, Ramin Djawadi traveled around the world with an 80-member orchestra and played a total of 72 concerts. On five dates, the "Game of Thrones – Live Concert Experience" also stopped in Germany.